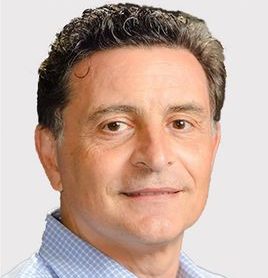 Chiropractic Director
Education: Rutgers University, Life University SUBURBAN ORTHOPAEDIC MEDICAL CENTER Franco Rizzolo is a Doctor of Chiropractic. He currently holds active licenses in New Jersey and Georgia. He is also licensed in New York, Florida, Tennessee, South Carolina and Colorado. Dr. Rizzolo attended Rutgers University for his pre-chiropractic studies. He then continued his education at Life University where he earned his title of Doctor of Chiropractic. During his educational period, he also received a bachelor’s of Science from University State of New York. Dr. Rizzolo holds several certifications including: Diplomat from the National Board of Chiropractic Examiners, Physical Therapy Proficiency Certificate, Certified Hospital protocol and manipulation under anesthesia from the University of Bridgeport College Of Chiropractic, Parker Chiropractic College Sports Injury and Team Advanced Patient Care, and several others. Dr. Rizzolo has an extensive background in sports medicine. He has previously held the position of Team Physician for the USISL Professional Soccer League New Jersey Stallions. Dr. Rizzolo has also contributed to other sports such as body building where he competed as an amateur, and trained national winning body builders. He currently is a registered NPC judge in the state of Florida and has previously judged in other states such as New Jersey and Georgia. Dr. Rizzolo is a member of several profession organizations such as the Association of New Jersey Chiropractors, AAPC, and HBMA. He has received honors throughout his chiropractic career some of which being Ambassador Award from Life University, Chiropractor of the Month from Life University and was a member of Chi-Rho honor Fraternity.
Skip to content