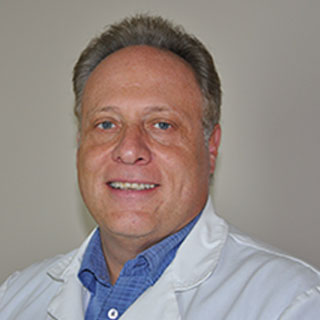 Education: University of Medicine and Dentistry of New Jersey

Dr. Fossati is a double board certified medical doctor licensed in the state of New Jersey. He holds certifications in Physical Medicine and Rehabilitation as well as Electrodiagnostic Medicine. He specializes in pain and rehabilitation and has worked on countless personal injury cases.

Dr. Fossati graduated from Saint Peter’s College in Jersey City and then attended the University of Medicine and Dentistry of New Jersey where he received his title of Doctor of Medicine. Dr. Fossati conducted his transitional internship at Jersey Shore Medical Center. He then completed numerous residencies in Physical Medicine and Rehabilitation at UMDNJ and Kessler Institute for Rehabilitation.

Dr. Fossati has conducted major medical research. He has built a large database of over 2800 electrodiagnostic studies from automotive accident patients and has co-authored 4 abstracts from his research as well as several other abstracts that have been published. He is a member of the Offices and Committee Assignments in Professional Societies. He has held prior Medical Directorship positions and also served as a Social Security Disability examiner.

Dr. Fossati has been practicing medicine for over 20 years, and has conducted many teaching in the field of medicine. He has published works in some medical books pertaining to injection techniques in different parts of the body. He has also given countless presentations in the medical field and has been involved in many medical research by Kessler Medical Research (KMRREC).